I have written every day for the past 10 years. If you like to read, I've got your back - and I promise to challenge your thinking
Back to articles
March 22, 2019 • Be You

Ten years later, she was named by Forbes as one of the 400 richest Americans, with an estimated net worth of $4.5 billion.

But a single year later, Forbes revised her net worth to zero dollars. 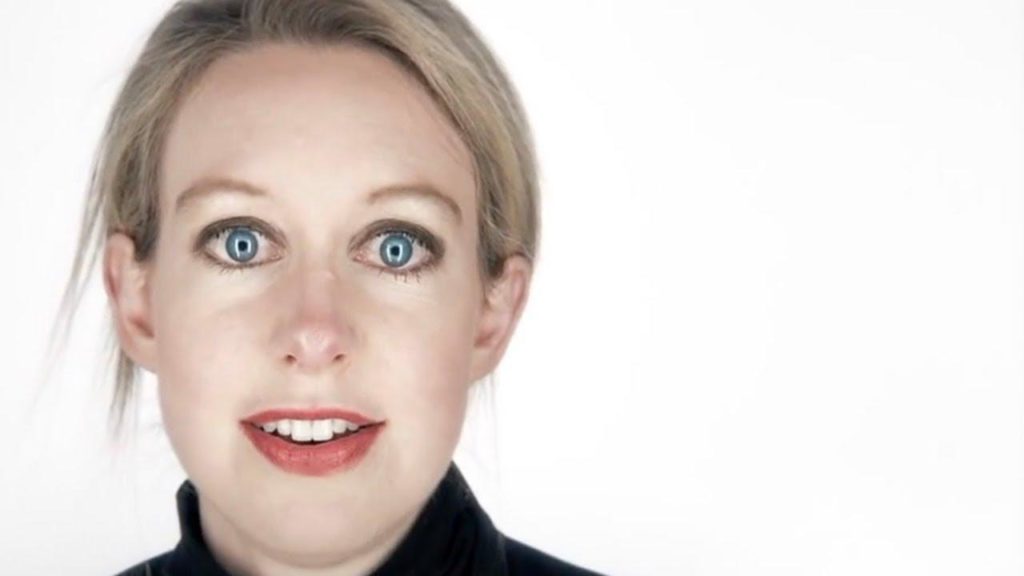 Elizabeth Holmes was – briefly – the youngest and wealthiest self-made female billionaire in America due to a $9 billion valuation of her blood-testing company, Theranos.

Theranos proposed that it could conduct a range of laboratory tests with just a single drop of blood, pricked from your finger. It was planning to make testing cheaper, more convenient, and accessible to everyone.

At its height, Theranos partnered with Safeway and Walgreens, which together spent hundreds of millions of dollars building in-store clinics that would offer Theranos tests.

It became the lab-work provider for two major insurance companies.

The Food and Drug Administration approved the use of the company’s fingerstick blood testing device for the herpes simplex virus (HSV-1).

And in 2015, Theranos was awarded the Bioscience Company of the Year.

A major supporter of Theranos was the world-renowned epidemiologist William Foege, who is credited with devising the global strategy that led to the eradication of smallpox in the late 1970s.

Theranos raised nearly a billion dollars from investors. They included the Walton family, founders of Walmart, who invested $150 million; Rupert Murdoch, executive chairman of 21st Century Fox and News Corp, who personally invested more than $125 million; and the DeVos family, including Secretary of Education Betsy DeVos, who invested $100 million.

The problem was Theranos was based on a lie.

And Forbes lowered Holmes’ net worth to zero in June 2016 after Theranos was investigated by several federal agencies.

In 2018, the U.S. Securities and Exchange Commission charged Theranos and Holmes with deceiving investors by “massive fraud” through false or exaggerated claims about the accuracy of her blood-testing technology.

To date, Elizabeth Holmes has paid half a million dollars in fines, she has returned all of her shares to the company, relinquished her voting control of Theranos, and been barred from serving as an officer or director of a public company for ten years.

In June 2018, a federal grand jury indicted Holmes on nine counts of wire fraud and two counts of conspiracy to commit wire fraud for distributing blood tests with falsified results to consumers.

John Carreyrou is a journalist whose painstaking research and damning report published in The Wall Street Journal alleged that Theranos was a sham.

I highly recommend his award-winning book, Bad Blood: Secrets and Lies in a Silicon Valley Startup.

Your own worst enemy is… you

In an interview, Carreyrou was asked how it was possible that so many smart people got hoodwinked?

He explains that Elizabeth Holmes was masterful at leveraging the credibility of people with good reputations who were older than she was. They were also seduced by flattery and by the lure of shares that were worth millions of dollars.

He also said, “there is an unbelievable amount of arrogance and pretending that goes on in Silicon Valley, when people have made some money and go on to assume and to project an image of intelligence and knowing it all.”

In my article, How To Coach Clients Who Are More Successful, Intelligent or Wealthy Than You, I describe the fundamental misunderstanding that clients don’t want to be challenged or face their fears.

Bernie Madoff ran the largest Ponzi scheme in world history. Prosecutors estimated the fraud to be worth $64.8 billion. Just like in the Theranos case, there were many extremely successful people who were deceived. Stephen Spielberg, Kevin Bacon, John Malkovich and Jeffrey Katzenberg, the head of DreamWorks Animation, all lost a fortune. The author and Holocaust survivor, Elie Wiesel’s Foundation for Humanity lost $15.2 million… almost all of its assets.

But this is not new. Isaac Newton is considered a genius – one of the most influential scientists of all time. Yet, in 1720, he invested in the South Sea Company, when their stocks were rising rapidly. He made £7,000 profit – around £1.3m today – and cashed out. But when he saw that everyone continued buying the stock, he didn’t want to be left out. He reinvested and when the crash came, he eventually lost £20,000 – nearly £4m today.

Benjamin Graham was Warren Buffett’s mentor and famous for his book, The Intelligent Investor, first published in 1949. As Graham wrote: “The investor’s chief problem – and even his worst enemy – is likely to be himself.”

I coach extremely talented people. Some of the most successful and extraordinary people on the planet.

Why would they need a coach?

You see, no matter how successful, intelligent or wealthy you are, it’s important to have someone in your life who is willing to challenge your thinking.

And, no matter how successful, intelligent or wealthy you are, it’s important to have someone in your life who will say the things that no one else will dare to say.

I love sharing resources and books that I love. Please note that the links in this article are my affiliate links. If you prefer not to use my affiliate links you can search for any of these titles directly where ever you purchase your books.

PS. Join me at California Deep Dive this May. There are only 3 spots left. There are ten spots in total and the first 7 have already gone! Deep Dives have always sold out, so don’t miss this one.

PLUS, whenever you’re ready – here are 4 more ways you can drastically increase your income and impact as a world-class coach:

Get Rich’s latest thinking and have him challenge YOUR thinking on a regular basis!

If this sounds like you, let’s talk and explore if working together is a good fit.